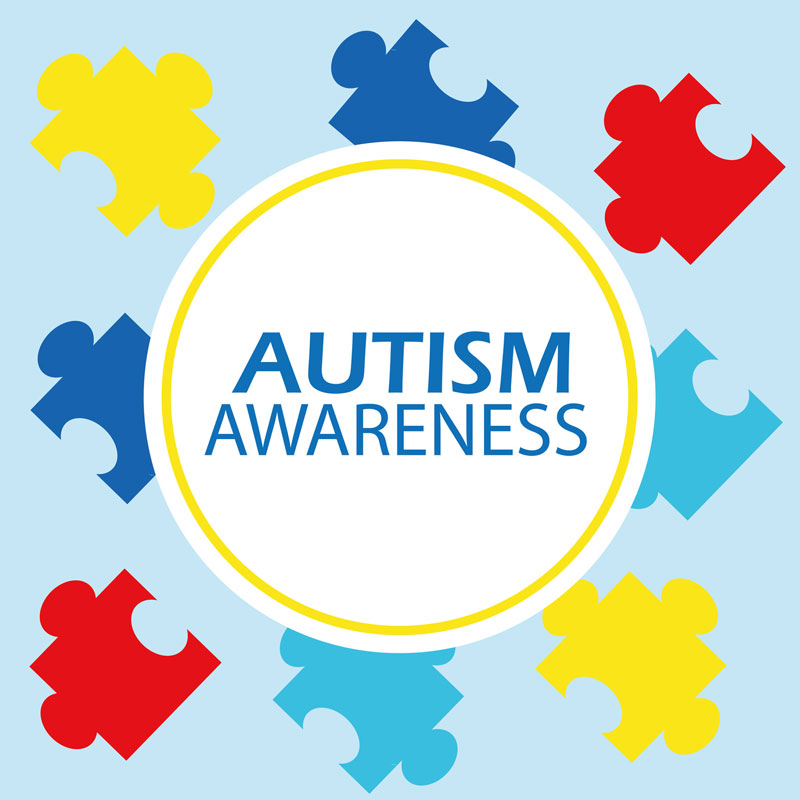 You may or may not have seen the ribbon with colorful puzzle pieces and pondered the meaning this. April is National Autism Awareness Month – and it’s not too late to get involved!

Autism is a developmental disability that prevents people from effectively communicating and interacting with others. The disorder generally appears in children during their first three years of life, and, while there is currently no cure available, early intervention therapies have proven successful in mitigating its symptoms, which include:

The Centers for Disease Control and Prevention (CDC) estimate that an average of one in 110 children has an autism spectrum disorder (ASD). More children than ever before are being classified as having autism spectrum disorders. The CDC estimates that up to 730,000 people between the ages of 0 and 21 have an ASD. While we’re no authority on the topic, we do want to share with you changes in the insurance world as it affects Autism.

Doing your part is easy! Simply by placing the National Autism Awareness Month logo badge on your blog, Facebook profile, Twitter page or website can increase awareness. You can also talk to family and friends to encourage them to get involved.

Let us know how you’re getting involved in National Autism Awareness Month! Be sure to visit us at Unisource Insurance Associates for all of your insurance needs in Wauwatosa, Wisconsin.